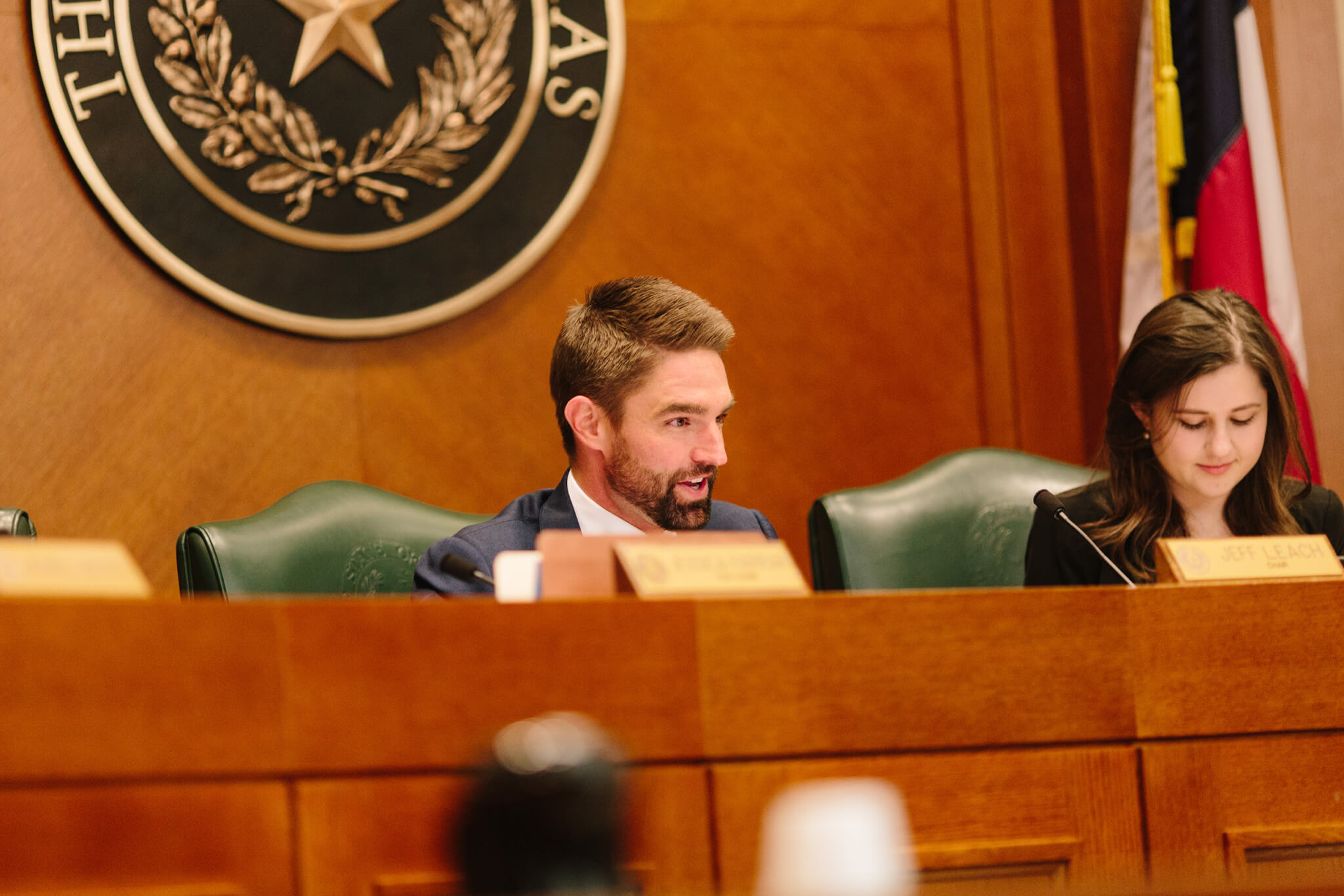 These are days of mourning in Texas.

HB 896 is dead, and it was killed by self-proclaimed “pro-life” Republicans.

As you know, HB 896–courageously filed and championed by State Representative Tony Tinderholt–would have abolished abortion in Texas.

HB 896 would have taught around 28 million Texans, and the rest of the world watching, that life is precious from conception and that preborn persons are not second-class persons (or worse), but that they share equal value with each and every one of us who have already been born.

It would have honored God in Whose image and by Whom we are all fashioned in our mothers’ wombs.

It would have ended our legislative practice of regulating abortion like it is some kind of business instead of outlawing it like the crime against humanity it is.

HB 896 would have been fruit of repentance as a state for allowing and sometimes approving of this prenatal holocaust which incinerates the lives and bodies of our own posterity.

And HB 896 would have provided equal protection for the lives of more than 110,000 Texas babies who are expected to be murdered by abortion between now and the next legislative session.

But HB 896 will never do any of those things.

Monday was the deadline for the committee chairman, Rep. Jeff Leach (R-Allen), to hold a vote on the bill.

Instead, Chairman Leach chose to kill it.

Just look at these headlines about Chairman Leach since the hearing:

“This Republican Texas lawmaker halted a bill to outlaw abortion…”

“A GOP Texas lawmaker halted a bill to outlaw abortion…”

Of course, Chairman Leach was not the only person who opposed the bill.

But even if every single other person on the committee had supported it, Chairman Leach had made a pledge he would not let the bill get out of his committee alive.

And as chairman, Rep. Leach was the only one with the power to do that.

I’m not saying any of this to vilify Rep. Leach, and none of it is personal, I just want everyone to know the facts about what he did.

Now some will say that the bill really died because Rep. Tinderholt refused to compromise.

However, that claim is not true.

Rep. Tinderholt certainly did stand strong for equal protection (for which we are grateful), but Chairman Leach and the other committee members always held the power to amend the bill even without Rep. Tinderholt agreeing to compromise.

In other words, even if they opposed equal protection, if they were sincerely committed to outlawing abortion this session, they could have changed the bill themselves.

That should tell us everything we need to know.

Chairman Leach didn’t need Rep. Tinderholt to compromise, he just used that as an excuse.

But there’s even more to the story.

Even though he had promised the hearing would be earlier, Chairman Leach delayed giving HB 896 a hearing until two days after April 6.

That’s important because the bill needed to be heard before that day to guarantee it would get to the House floor for a vote.

So to be clear, Leach withheld a hearing on the bill until he was sure the next committee could kill it, with or without a hearing.

Because even more importantly, and more disappointing, it looks like killing all significant pro-life and abolitionist legislation was the plan of House leadership–which includes Chairman Leach–from the beginning.

Look at these other bills that also died yesterday:

I could go on, but consider this: of the 29 House bills filed under the subject of abortion, 25 are dead as of yesterday.

In fact, only one has been passed by the House at all, HB 16.

And guess who the author of HB 16 is?

And guess who was the chairman of the committee that heard and voted on HB 16?

And guess whether that bill will prohibit any abortions?

It says that you cannot kill a child who has already been born, even if they were born after an abortion.

This would not prevent any abortions–the baby has already been born (in fact, some have said it would incentivize the abortionist to do a better job the first time).

More importantly, though, while the bill may sound nice, it was essentially already the law.

It has always been illegal to kill a born baby or leave him or her to die.

The only real thing that HB 16 does is give “pro-life” politicians an alibi.

It’s a sheer fig leaf for an emperor who has no clothes.

By passing HB 16, they can claim to voters that they passed a “pro-life” bill.

All the while, they were behind the scenes killing bills that would have actually stopped abortions.

So as we think about what has happened with HB 896, I want to ask you to do three things.

First, please stop to genuinely consider and mourn the 110,000 fellow human beings who are expected to be murdered by abortion over the next two years in our state.

The Bible tells us that God blesses those who sigh and cry over the bloodshed that is committed in their land.

Second, do not despair.

We made tremendous progress this session which I will be going over in a future email.

Much more importantly, though, God is still on His throne.

Finally, I want to ask you to remember what has transpired.

I want us to remember that it was a “pro-life” Republican who stopped the only bill that would end abortion in Texas.

I want you to never forget.

I want to remind us all that we as citizens need to be vigilant about who we support and vote for in BOTH the General Election AND the Primary.

In fact, Primary Elections are often the more important of the two, as it’s the Primary that actually determines who holds the seat in many districts.

The legislative session finishes at the end of this month.

But not long after it ends, legislators will be back home in their districts asking for your money and your vote again.

I know the events of this session are a lesson to me, as I hope they are to all of us:

There are people who will tell us they want to abolish abortion, but who quietly worked to kill legislation that would have actually abolished abortion.

We need to remember to look past their words and look at their actions.

If abortion is ever to be abolished during the lawmaking season, we citizens of Texas need to do a better job during the election season of recruiting, supporting, electing, and holding our elected officials accountable to the pro-life promises they make.

While HB 896 may be dead, I believe that the Christians of Texas are coming to life!

You are proof of that, and I sincerely thank you for standing with us this session and beyond.

I have much more to report–very positive news about the progress we’ve made together–but today I will close with just asking you to spend some time crying out to God and asking for His mercy on our state.

“If My people who are called by My name will humble themselves, and pray and seek My face, and turn from their wicked ways, then I will hear from heaven, and will forgive their sin and heal their land.” (2 Chronicles 7:14)