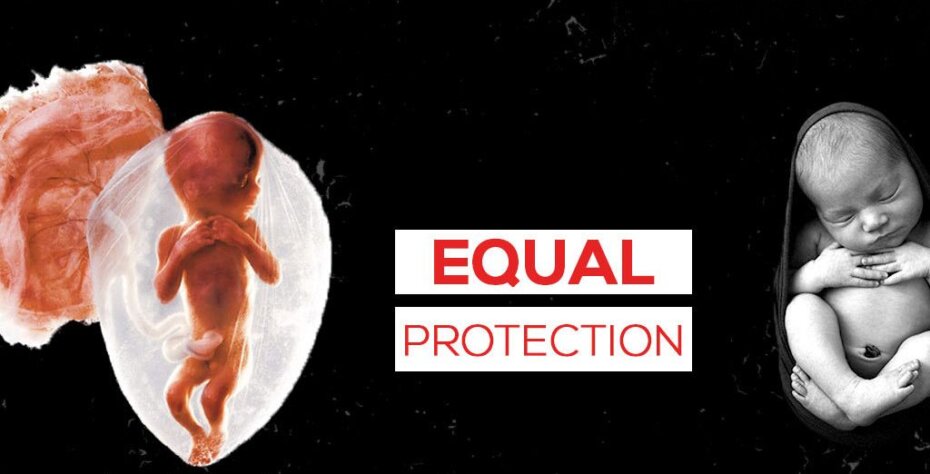 Our desire is to protect all innocent life. HB 3326 is a culmination of the work of many Christians across the state of Texas that share one desire - to repent of abortion and make it unthinkable in our state.  We believe that every life is made in the image of God and is precious, which is why we are calling on our elected officeholders to be the first in the nation to protect the unborn like they deserve and equal protection demands. Roe v. Wade began in Texas; it can and should end here. This legislation is supported by a myriad of individuals who believe that through peaceful civic engagement we can do what many deem impossible.

We hope the information below is helpful and equips you with a better understanding of this bill and the process.  We also hope that it inspires you to help us enlist more Texans in arguably the most important civic calling of our age: to give equal protection to the most innocent and vulnerable among us--the preborn children of Texas.

What does the bill do?

Life begins at conception. In fact, Texas law already defines an individual human person to include an unborn child from the moment of conception.1 HB 3326 takes that fact to its logical conclusion to protect all unborn children.

HB 3326 would treat all human life, born and unborn, as equally valuable and sacred by ensuring equal protection for all.*

Our Republican party principles2 state, “We believe in the sanctity of innocent human life, created in the image of God, which should be equally protected from fertilization to natural death.” HB 3326 would apply that principle and the Republican priority to abolish abortion by refusing to enforce Roe v. Wade because it deprives an unborn child of the right to life.

* A recent misconception and scare-tactic used by some is that the bill would “sentence women who have abortions to death.” However, the bill cannot sentence anyone to anything and would not require the death penalty, as discussed below.

How would the bill be enforced if it passed?

Ultimately, there should be little enforcement needed. All of the law-abiding citizens who currently get or do abortions would stop once it became illegal, and the bill does not apply to abortions done before the bill becomes law. The bill also would not apply to anyone who is forced into an abortion, to someone who had a reasonable mistaken belief about what they were doing, or to situations involving necessity, such as physicians trying to save the lives of both mother and child but prioritizing care based on triage.3

For the few abortions that might continue, the job of enforcing the law would be handled by our justice system, which would look something like this:

It is true that the bill would apply our same justice system to protect unborn people that applies to protect born people. However, the idea that all of these members and institutions of our justice system would unite to unanimously agree to order the death penalty for an abortive mother is extremely unlikely. HB 3326 certainly would not require that result. All that the bill would do is remove discriminatory provisions and apply the same equal protections to people before they are born as they get after they are born. If unborn children are equally valuable, they should receive equal protection. The bill does not single out mothers. It applies to everyone who promotes or assists with the abortion, including a boyfriend, husband, parent, or anyone else who solicits, encourages, directs, aids, or attempts to aid in committing the abortion.4 If abortion is wrong for anyone, it should be wrong for everyone.

Why is equal protection so important? Why does the law need to apply equally to everyone?

“We hold these truths to be self-evident, that all men are created equal, that they are endowed by their Creator with certain unalienable Rights, that among these are Life, Liberty and the pursuit of Happiness.” - U.S. Declaration of Independence

From the moment of conception at fertilization, all men and women are created equal—of equal value because they are made by God in His image5—and should be equal before the law.

In addition to this most basic principle, there are three primary reasons why equal protection is important.

Mothers in Texas have been excluded from laws prohibiting abortion since at least 1857. The attorney for Jane Roe used this fact against Texas in her oral arguments:

Weddington: "[Mothers] are not subject in Texas to any kind of criminal prosecution. Whether the woman performs self-abortion, whether she goes to a doctor, finds someone who will perform it on her, she is guilty of no crime whatsoever. And yet, the state tries to allege that its purpose in this statute was to protect the fetus. If that’s true, the fact the woman is guilty of no crime does not reasonably follow."6

In its opinion, the Supreme Court agreed that Texas was being inconsistent by calling a fetus a person but not treating a fetus like a born person:

"When Texas urges that a fetus is entitled to Fourteenth Amendment protection as a person, it faces a dilemma. Neither in Texas nor in any other State are all abortions prohibited. Despite broad proscription, an exception always exists… There are other inconsistencies between Fourteenth Amendment status and the typical abortion statute. It has already been pointed out, n. 49, supra, that in Texas the woman is not a principal or an accomplice with respect to an abortion upon her. If the fetus is a person, why is the woman not a principal or an accomplice? Further, the penalty for criminal abortion specified by Art. 1195 is significantly less than the maximum penalty for murder prescribed by Art. 1257 of the Texas Penal Code. If the fetus is a person, may the penalties be different?"7

A pro-life advocate today who says they want to ban abortion, but at the same time wants to deny equal protection by creating exceptions to that ban, is undermining their own argument in the same way that Texas and other states did with their laws pre-Roe. Continuing to write legislation that denies equal protection will not undermine Roe, it will only reinforce it. To adequately answer the logical reasoning of Roe, our laws must apply equally to everyone—born and unborn. We got Roe by being inconsistent; we will only get out of Roe by being consistent.

In 1857, another group of people made in the image of God were called “persons” by Texas law but denied equal protection:

"A slave or free person of color when tried for a penal offence, is in law a person, but his personal rights are to be controlled by the provisions of this Part of the Penal Code, and are subject to rules different from those which would be applied in the case of a free white person, arising from the peculiar position of these classes of persons in society."

Some people oppose abortion in general but say they would only support a bill outlawing it if the bill excluded every abortive mother from the possibility of ever being prosecuted. However, that would continue to allow abortions committed by the mother acting alone. In other words, the only “legal” abortion under such a bill denying equal protection would be a do-it-yourself abortion. A bill like that should really be called the “Coat-Hanger Abortion Promotion Act” because of where it would push demand for abortions. Instead of channeling demand for abortions toward “coat-hanger” abortions by allowing them, all abortions should be prohibited and the equal protections of our laws should apply to everyone--born and unborn.

What can we be doing?