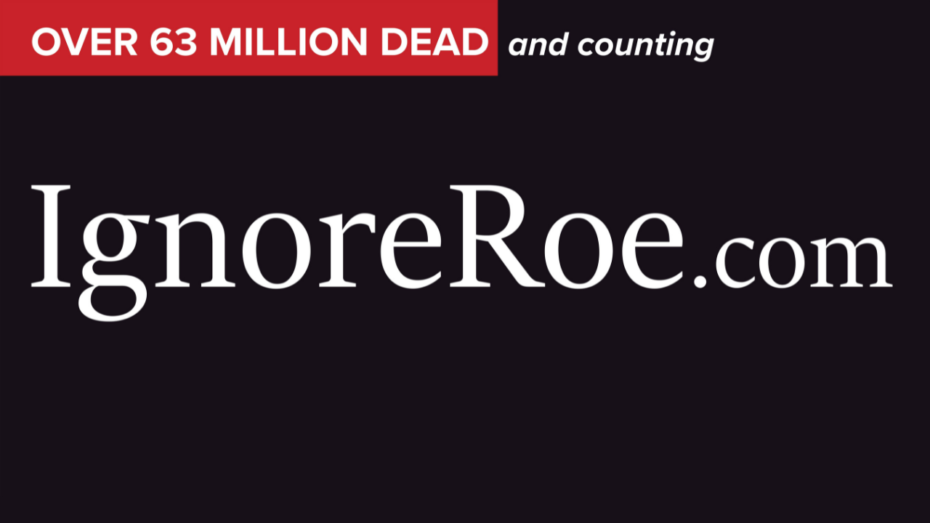 What does Ignore Roe mean? Simply this:

We should abolish abortion in Texas regardless of what the Supreme Court says we can do.

Since the Supreme Court of the United States has ignored the God-given rights of unborn children since Roe vs. Wade was passed in 1973 we as the sovereign state of Texas have a moral duty to ignore the court and protect unborn Texans ourselves.  This is accomplished by local and state officials passing resolutions and laws which ban the practice of abortion within their jurisdictions. It is time to repent of this child-sacrifice and stop regulating abortion as healthcare and abolish it as murder in Texas.

We need your help, will you join us?

What this short animated video we just released about the Supreme Court and Roe vs. Wade

The terms “abolish” and “abolition” are just words, but what do they truly stand for in the fight to end abortion?

More than anything else, abolition is about Christians seeking first the kingdom of God and His righteousness, then trusting His strength to work through our weakness to abolish abortion in our land.

A “right to an abortion” is not only unconstitutional, it is anti-constitutional and evil. When a court decision ignores the Constitution, our civil leaders are oath-bound to ignore that decision, so help them God.

Preborn people should be protected by the same laws protecting born people. No one should have a license to kill them.

Do Not Appease Evil

Legislation or anything else that attempts to comply with Roe v. Wade (or its progeny) is wrong. Tyranny and evil must be resisted, not legitimized.

As the number of people who support these principles continues to grow, others are trying to co-opt the term “abolition” and use it to describe something altogether different. They advocate complying with Roe v. Wade while trying to pass whatever bills the federal courts will allow until the Supreme Court overturns Roe. No matter how much anyone tries to call that “abolition,” it is not. It is still the same weak, failing strategy which the pro-life lobby has been telling us will work for the last 46 years. And it has not worked.

We thank you for joining with us as we stand together to continue to call–in faith and by the grace of God–for the complete abolition of abortion in Texas by advocating for legislation that follows the Constitution, provides equal protection, and rejects the judicial tyranny which has allowed abortion to continue virtually unchecked for so long in our state.

Still have questions?  Learn more from this short video series.