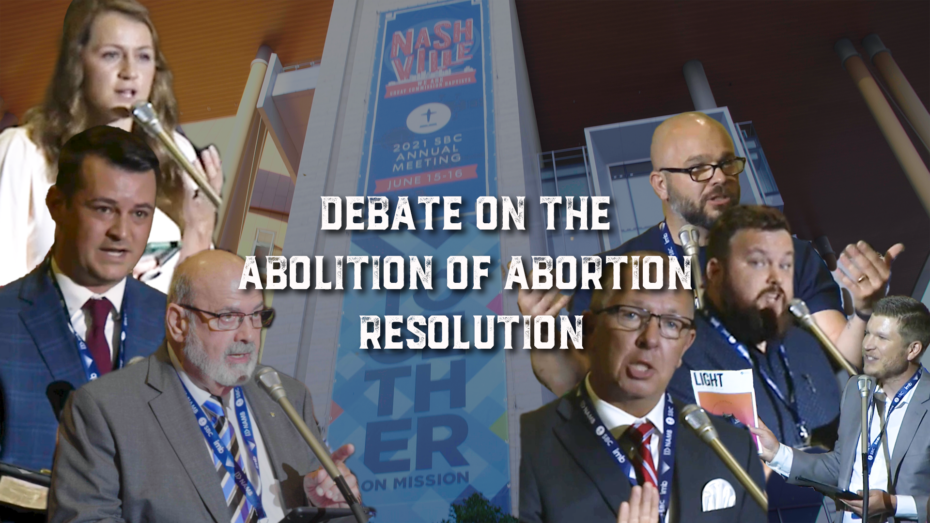 Change is coming to our culture!

On June 16th, the Southern Baptist Convention gathered for the final day of their annual meeting in Nashville.

With over 17,000 messengers in attendance — voting representatives from Southern Baptist churches across the U.S. — the SBC voted to pass a resolution abolishing abortion.

This resolution calls for the “immediate abolition of abortion without exception or compromise” (point 11) and affirms “that the murder of preborn children is a crime against humanity that must be punished equally under the law” (point 15). Read the full resolution here.

As abolitionists, this is a victory as we fight for not only the lives of the preborn, but also for Scriptural, life-defending attitudes among our fellow Christians.

“Scripture tells us to rescue those who are being taken away to death,” said Pastor Bill Ascol of Oklahoma, co-author and frontman of this resolution. He defended the clear abolitionist language used, referencing the SBC’s previous resolutions on abortion but noting that “we have yet to call for the immediate abolition of abortion without exception or compromise.”

The controversial single amendment to this resolution was the word “alone” in point (14), which reads, “we will not embrace an incremental approach alone to ending abortion.”

While that amendment has been justly criticized as a watering down of the original intent of the resolution and acceptance of incrementalism, we’re still thrilled to see tens of thousands of Christians taking a stand against one of the most heinous crimes of our age. The resolution as a whole roundly condemns abortion and affirms the rights of the preborn, and a single word does not undo the massive win this is for us.

We’re fighting for the lives of the preborn, and by the grace of God, we’re winning.

And that’s significantly in part because of your investment in our mission here at Abolish Abortion Texas.

Changing the culture starts with us first — making the small decisions in front of us to fight for life, to defend the defenseless, and to give to the ones doing the work we believe in.

When you donate to Abolish Abortion Texas, your contribution goes directly to this life-saving work. And we still need you.

If you’re excited about the changes coming to our state, our country, and our culture, please consider chipping in $35, $25, $15, or $5 — the price of a cup of coffee — to save these precious lives.

Thank you for fighting with us!

P.S. The SBC passed a resolution on June 16th calling for the “immediate abolition of abortion without exception or compromise.” While the word “alone” was added to point (14) in the sole amendment of the resolution, which reads “we will not embrace an incremental approach alone to ending abortion,” we consider this resolution a victory for the SBC and for us.

Only because of your support are we able to continue our mission of fighting for the lives of the preborn. Please consider chipping in $35, $25, $15, or $5 so we can continue this important work!