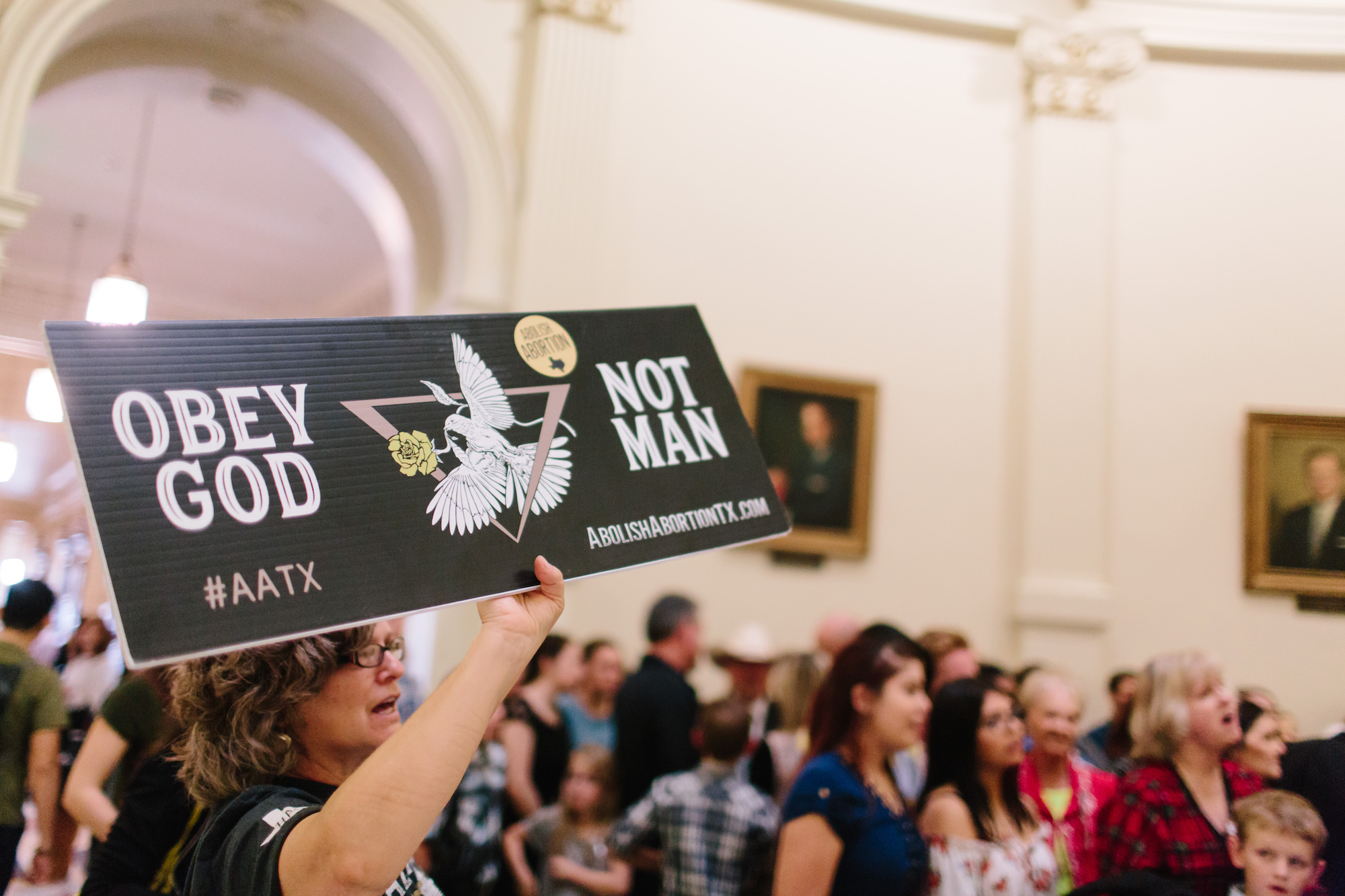 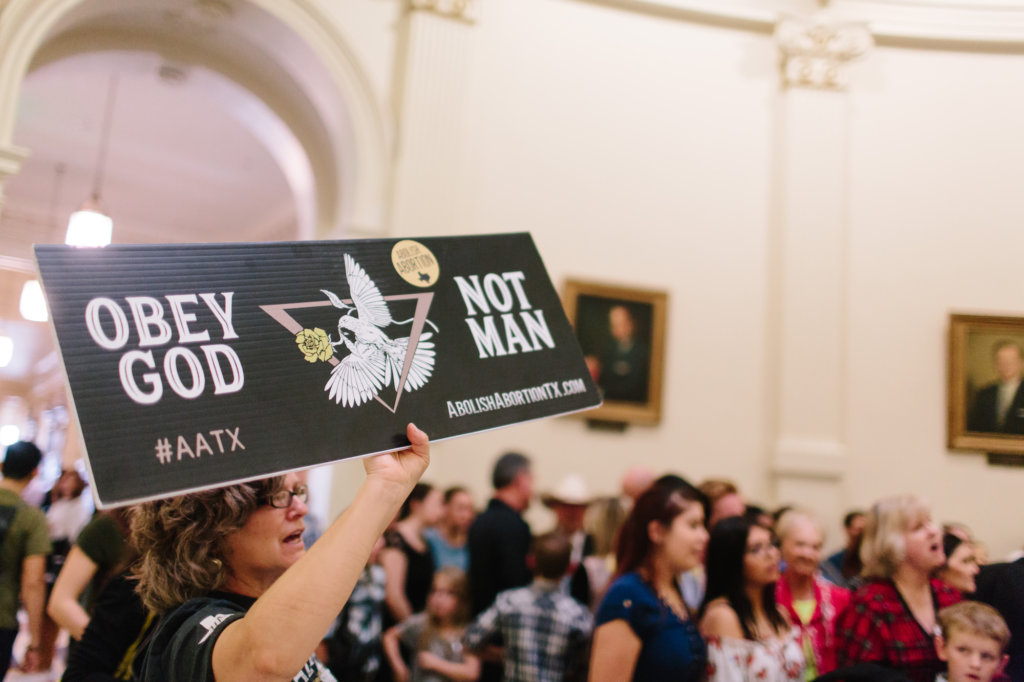 We met with Governor Abbott’s office on your behalf a few days ago about Jeremiah’s wish.

Unfortunately, Governor Abbott is still refusing to lead, so the vulnerable babies of Texas need for you and me to stand up for them.

There are more details further down, but first I need to make sure everyone is up to speed.

As you know, three weeks ago we delivered your petitions (now 80,000+) to Governor Abbott’s office calling on him to keep his promise to Jeremiah by declaring outlawing abortion an emergency item for Texas.

Well, as we mentioned in our last email, he did not do it.

In fact, Governor Abbott didn’t even mention abortion or the 55,000 babies expected to be murdered in this state this year (although he did think a football game was important enough to mention).

(As a side note, President Trump the same night did find time to say in his own State of the Union speech, “All children, born and unborn, are made in the holy image of God.”)

Worse, with the governor of New York signing a bill allowing abortion until birth, and the governor of Virginia promoting infanticide, our own governor’s silence was EXTREMELY disappointing, to say the least.

In the midst of collecting your 80,000+ petitions in just a few weeks, we sent an email to Governor Abbott’s office last month requesting a meeting with him.

For awhile, it didn’t look like any meeting was going to happen.

Then, on January 31, I sent you an email asking you to call Governor Abbott’s office to let him know where you stood.

In response, hundreds of you (at least) called his office.

First of all, thank you!

Secondly, your efforts were not in vain because, in the midst of your calls flooding his office, Governor Abbott’s staff called us to arrange a meeting among Abolish Abortion Texas, Jeremiah’s parents, Rusty and Kendra, and the governor’s top advisors.

Well, that meeting took place just a few days ago.

And in that meeting Governor Abbott’s advisors communicated to us why he did not declare outlawing abortion to be an emergency item.

Do you know why?

I too was hoping for something a bit more profound.

I was hoping for some kind of strategic, complicated, 4D chess kind of reason.

Yet the real reason for things is often the most obvious one.

Here is how it was communicated.

First, his top policy advisor spent much of the meeting trying to assure us that Governor Abbott is VERY pro-life.

He said this numerous times like just wearing the pro-life label should be good enough to satisfy people like you and me.

When it comes to saving babies, we are sick of talk.

We want to see action!

Then he said that Governor Abbott had personally asked him to tell us that he would sign any of the “pro-life” bills that reached his desk, including a bill to ban abortion.

This point may sound good, but I’m sure Governor Abbott believes that a bill to ban abortion is pretty unlikely to reach his desk anytime soon, especially without his leadership.

And if he really supports a bill that completely bans abortion, why was this only communicated privately, through an advisor, and in a back room?

Why is Governor Abbott not publicly supporting a total ban on abortion?

Is it because it’s safer to stay silent?

In fact, we asked them this.

When we did, the response was made very clear:

Because of that, there is no emergency.

It was like they were saying, “Things are going great. Why change it?”

Well, I still believe there is an emergency.

In fact, I’ll tell you why there’s still an emergency in Texas even after so many pro-life bills have been passed and signed for years . . .

It is because the pro-life bills that our legislature has been passing and Governor Abbott has been signing still allow more than 1,000 innocent children made in the image of God to be slain in this state EVERY WEEK under the protection of our laws!

In fact, most–if not all–of those pro-life bills merely regulate abortion like it is healthcare or some kind of business industry and do little to nothing to outlaw it.

On top of that, almost all of those bills implicitly legitimize the evil and unconstitutional decision of Roe v. Wade.

THAT’S why there’s still an emergency.

But sadly, not according to our governor.

As a result, he is staying silent and refusing to lead for now.

I know Governor Abbott has said some great things in the past, including making a great promise to Jeremiah Thomas, but so far when it comes time to lead and take real action to actually end this evil . . .

Even on his promise to Jeremiah, Governor Abbott has so far failed to keep that promise in any meaningful way.

It’s not too late, but it’s not looking good.

So where does that leave us?

Thankfully, as we have said all along, we don’t put our trust in governors–we put it in God.

And God is still at work.

In fact, here is some good news.

And he is not alone.

Ten other representatives have stepped up to co-author the bill.

But without Governor Abbott’s leadership, we need a lot more of the 150 representatives to join them.

And there is still time.

So here is what you can do.

First, I need you to contact your own state representative and let them know you want them to co-author HB 896 to abolish abortion.

Visit this link to find who your representative is.

Please call and ask them to co-author. If you need help with what to say, here is a suggestion:

After you call your representative, can you do something else?

Can you pray for your representative?

Can you ask that God would give them the courage to lead?

And please pray for Governor Abbott to lead.

P.S. Governor Abbott is failing to lead, so we need you to contact your state representative right now.

Without Governor Abbott’s leadership, this is going to be a long fight. But we have to keep fighting on behalf of the preborn children of Texas! If you can afford it, can you chip in $20 or $50 to help? By the way, Abolish Abortion Texas has no employees–we’re volunteers. Thank you!