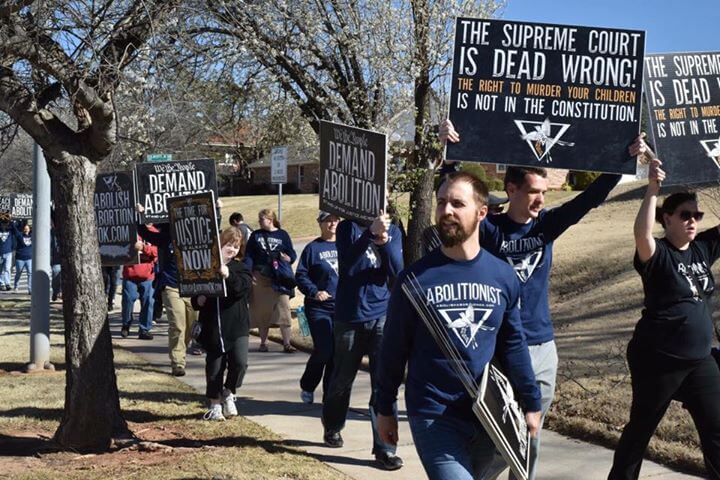 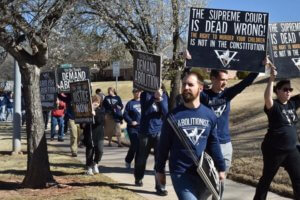 For those that are not politically involved, the question of why going through the trouble of loading up your family, sometime very large families, and driving several hundred miles to attend a political rally is a legitimate one. There are several reasons why a rally can be an effective tool to positively influence your culture. This, of course, assumes a) the rally is properly run and b) the cause you believe in is, in fact, positive. While the list could be much longer here are a few reasons why it worth the effort, if those two criteria are met.

First, a rally is a visible sign of the support for any issue or bill. Any issue can be widely supported, but if there are no visible signs of that support it becomes much easier to deny that such support exists. The phrase “a picture is worth a thousand words” comes to mind. Phone calls are great, but an image leaves an impression. This truth is applied both in the positive and negative. If we claim there is wide support for an issue, and a large crowd shows up for a rally it confirms the claim. It also confirms credibility to the one making the claim. If on the other hand, we claim the support is wide, but only a few dozen people can be bothered with showing their support, the image of a few lone rangers will also be a lasting one. It then becomes much harder to be believed when making such a claim in the future. This brings us to my next reason and general rule for understanding politicians.

Modern politicians are much better at counting than reading. The details of a bill matter far less than the voting public’s support for it. If there is one thing politicians love, it is staying a politician. This means the greatest fear for most of them is a group of angry, in-district voters. Nothing communicates an angry group like images of an angry mob demanding action. The thoughts of this angry mob coming from their district is enough to keep them up at night. An important point to remember is that we need be angry and not sin Ephesians 4:26. Our anger should be directed to the evil that is being allowed.

Another principle of winning at politics is controlling the public conversation. A successful rally should draw media attention. What they say about us is less relevant than that they mention us. An insignificant rally will be easy to ignore. A large, diverse group all coming together for the sake of a cause is a story. A successful rally doesn’t guarantee media coverage, but an unsuccessful one guarantees the media won’t cover it. If people aren’t talking about our issue, we aren’t winning.

We also need to encourage those legislators that have stood with us in support of our bill. They have gone out on a limb and done the righteous thing, because it was the right thing to do. They did this before the public support for such radical move was known. Scores of people will let them know that they have gone too far and will pay the price for it. Our large show of support will give them the courage to stand firm in this fight. They are hearing from hundreds of people on dozens of issues. We need to confirm to them, that ours is the most important fight they will have this session. We need to stand with them and “lift up their arms” when they are weary. They are just normal men and need encouragement.

We need encouragement as well. Many people working behind the scenes need to see that their efforts are rightly placed. It is difficult to stay in the fight when you fight alone. Many will say they are with us, but it is difficult to know if they are when they never show themselves. Events like a rally can not only be effective on multiple levels, but are also educational and just plain fun when properly done.

Lastly, the most important reason for taking time out of your day to go to a rally is because we have a moral obligation to stand up for our neighbors that are literally being butchered and torn into pieces. We can’t pretend that this evil is not happening or think that we have done our part by voting a certain way. It requires more than “liking” a Facebook post or sharing a baby graphic. In Leviticus 19:14-15 God tells not to pervert justice against the weak and vulnerable.

“You shall not curse a deaf man, nor place a stumbling block before the blind, but you shall revere your God; I am the LORD. You shall do no injustice in judgment; you shall not be partial to the poor nor defer to the great, but you are to judge your neighbor fairly.”

We have an obligation to demand that our magistrates treat all people with equal justice and protection under the law of our land as required by the Law of God. To do otherwise is the equivalent of German Christians in the 30’s and 40’s singing louder while their neighbors were led to the slaughter https://www.youtube.com/watch?v=ofcs9Y7qL4s. May we learn from their mistakes. The blood of babies is crying out from the ground to the Lord Genesis 4:10. May we hear their cries and do our part to help those that are working to bring an end to this holocaust in our state. It is the least we can do and we had better well do it.