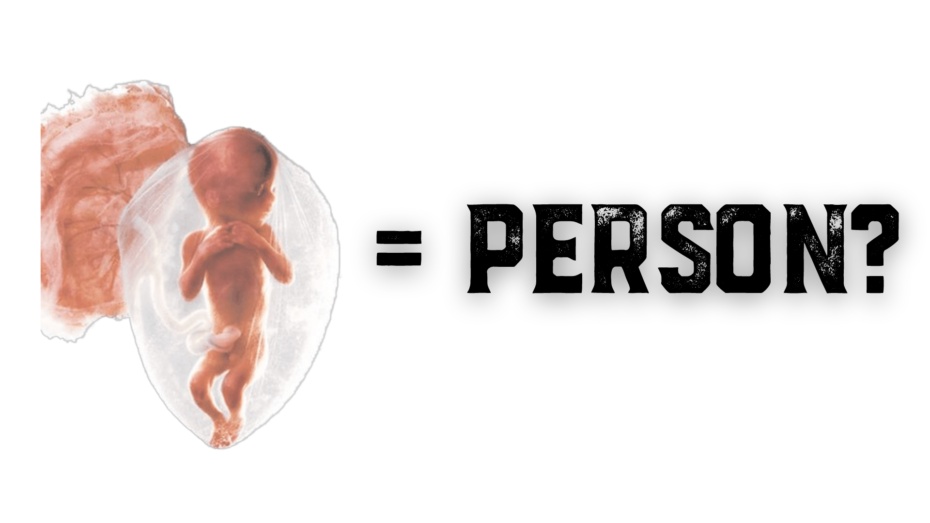 In Texas, pro-life politicians talk a lot about the sanctity of life and protecting the unborn. They will usually agree that life begins at conception and that children are precious.

Some go so far as to use the word murder when they talk about abortion. I am glad when they do since that’s what it is.

But do they really believe that preborn human beings are people?

I don’t mean just theoretical almost-people; but do they believe that a “fetus” is an actual living human being who is created in God’s image?

Do our pro-life elected officials really believe that preborn people are equal in value to born people? That an embryo or a fetus actually has a God-given right to life that must be protected?

You might think the answer to these questions would be obvious.

But what if they aren’t?

If we are judging by the words coming out of their mouths, oftentimes the answer would have to be NO.

We saw this clearly as the Texas Heartbeat Act was passed.

That bill didn’t contain any exceptions for rape or incest. Of course, it did have an exception for all babies without detectable heartbeats, but I’ve talked about that before and won’t go into that again right now.

Though AATX did not support the Texas Heartbeat Act, it is interesting to see how pro-life, Republicans talk when the topic of exceptions comes up.

When Gov. Abbott was questioned by the media about the absence of exceptions for rape and incest, he said some pretty surprising things.

He was asked why the heartbeat bill would force a rape or incest victim to carry a pregnancy to term?

He replied that, “It doesn’t require that at all because obviously, it provides at least six weeks for a person to be able to get an abortion.”

Can you believe that?

Is he ashamed to admit that it would be wrong to kill innocent babies even when they have a rapist as a father?

Why would you be hesitant to say that? If murdering innocent human beings is wrong, and it is, we shouldn’t tiptoe around saying it!

Instead of clearly advocating for the preborn children he is supposed to be protecting, Gov. Abbott denied that this bill would stop women from aborting if they want to. In his words, “it provides six weeks” to get an abortion.

The Heartbeat Act provides six weeks…to get an abortion.

Did you get that?

Gov. Abbot is comforting people with the fact that abortion is NOT abolished in Texas.

We have got to learn to listen to what our elected officials actually say, and hold them accountable.

Why would a pro-life Republican be assuring the media that rape-conceived babies may still be legally killed? Doesn’t that seem wrong to you?

And Gov. Abbott wasn’t the only one …

Even after the Heartbeat Act had passed, there were Republicans upset enough about the lack of exceptions for rape-conceived babies, that a bill was filed to add those exceptions into the bill.

Friend, he is a REPUBLICAN.

This is unbelievably backward!

I wonder what rape-conceived babies ever did to deserve this kind of treatment? Oh wait, that’s right, they didn’t do anything.

Pro-life politicians used to sell rape and incest exceptions to us as something they HAD to include in their bills so that they would pass. It was a compromise they thought was worth making in order to try to save the much larger group of non-rape-conceived babies.

Not anymore. These days, it is Republican pro-life politicians actively working to amend their already compromised pro-life legislation to create more exceptions so more babies can die.

And what did Gov. Abbott say when the media questioned him about whether he would sign Rep. Larson’s bill?

In a Fox News interview with Chris Wallace, he mostly avoided the question. Even when pressed, all he would say is that the question wasn’t important since it was hypothetical because the bill would never reach his desk.

Again he had the opportunity to publicly declare that he wanted to protect ALL Texans, including rape-conceived Texans.

But he didn’t. He dodged the question.

The talking points on this issue shouldn’t be that hard to come up with.

Are babies in the womb human beings?

Do all human beings deserve to be protected from murder?

Yet, pro-life politicians often cannot, or will not, state this simple truth.

ALL human beings deserve equal protection under the law. No one should get a free pass to murder anyone else. This isn’t shocking stuff, or it shouldn’t be.

Equal protection is a legislative priority of the Republican Party of Texas, it is our Constitutional obligation, AND more importantly, it is basic Biblical morality.

I often talk about the duty we all have to love our preborn neighbors and to speak up for them. And that’s true, we do have that duty.

But our elected officials, our lawmakers and Governor, have an even higher obligation than that. They are actually in the position of writing and establishing our laws. They have authority and duties which you and I don’t have.

As Romans 13 says, they are God’s ministers of justice.

And they are responsible before God to carry out those duties in a righteous way. They have a duty to establish justice within their jurisdiction, the state of Texas. They are supposed to do good instead of doing evil.

If we want to know what is good, we should look to the Bible which says, “You shall not pervert the justice due to … the fatherless,” and “You shall not show partiality in judgment.”

Showing partiality is exactly what the rape exception (or any exception) does. Exceptions create special groups of people to whom our laws do not apply. That is the definition of partiality in judgment, and God will not bless us for it.

The strong must fight for the weak and oppressed and speak for those who cannot speak for themselves. That is what God told us to do, and He expects us to do it courageously, come what may!

Yet, many Republican politicians, like Gov. Abbott, do their best to avoid speaking up for the rape-conceived whenever possible. Or they actively advocate for allowing the murder of this special group like Rep. Larson did.

When we recently pointed out this same problem on Gubernatorial candidate Allen West’s website, where he calls abortion murder AND advocates for the rape/incest exception, many of you contacted him to challenge him on his stance. Thank you! Yet, he still has not backed down.

Friend, we are surrounded by politicians who don’t really believe a fetus is a person like you and I do. They don’t believe that embryos were created in the image of God and have human rights worthy of protection …even MORE SO if the fathers of those embryos were rapists because then they are truly fatherless. But these politicians won’t fight without compromise for ALL babies.

That’s why we use the term abolitionist as a way to distinguish ourselves from politicians who claim the term “pro-life” but then talk about compromising the humanity of preborn babies.

This isn’t a side issue. This is THE ISSUE.

Are we fighting for equal protection for ALL human beings?

It is time to stop throwing the weakest and most needy people under the bus.

Each little one is created in the image of God just like you and I were and are. Jesus told us that whatever we do for the least of these we do for Him. We shouldn’t be ashamed to come right out and say that we are seeking equal protection for the least of these little ones—the ones who were rape-conceived and the ones without detectable heartbeats.

This is why the work of AATX is so important. And why we need your help!

We cannot do this work alone. We need you to help us be a voice for the babies it seems like no one else wants to speak for.

That is exactly what our sustaining members do by making monthly donations to help us reach more Texans with this message. Whether you can commit $5 or $105 per month, your commitment will keep this work strong so we can continue to advocate for the least of these.

We are grateful to God for every person who commits to help us be a voice for the voiceless. ALL of them. Please join us!

P.S. Remember that we cannot do this work without the support of people like you. Please become a sustaining member today and stand with us to advocate for the least of these!