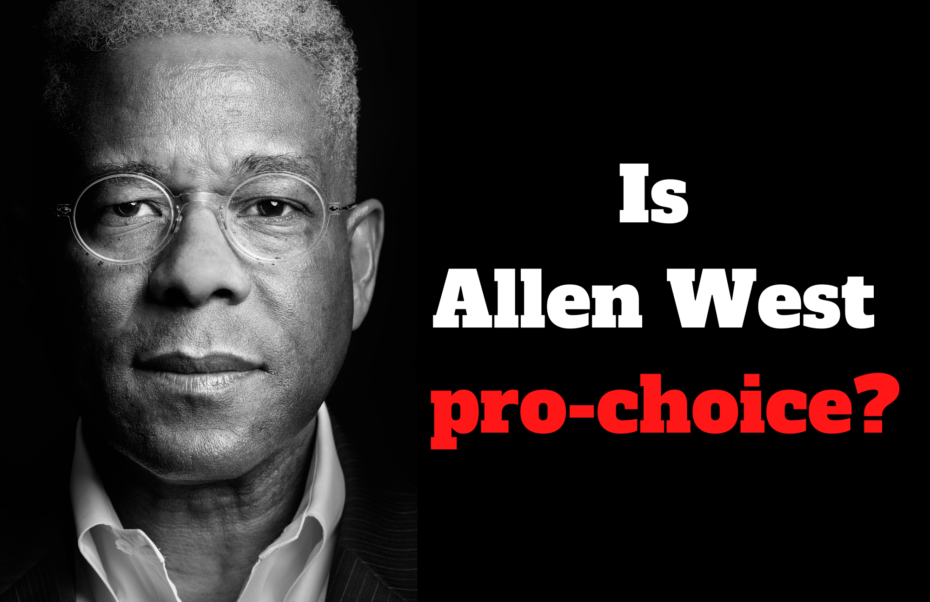 Did you wonder if you read that subject line right?

Who would ever think that Allen West was pro-choice? I mean, he was the chairman of the Republican Party of Texas before he decided to run for governor. He claims on his website that protecting children and families is a high priority for him. [1]

He says, “Our children are our most prized example of what our legacy shall be. However, even here in Texas, there appears to be a war against our children.”

I would agree with him on that. There is a war against children in Texas, and it starts while they are still in the womb!

So what gives? What could possibly make me wonder if he is pro-choice?

Friend, it’s the way he talks about abortion. Words matter because they define what we are fighting for and how we are planning to get there. That’s why I could not believe the words I was reading when I looked at Allen West’s priorities on abortion on his campaign website!

He starts off by saying, “I will fight to end the practice of murdering our unborn children in Texas as a means of birth control.”

Umm… okay. At first I wasn’t entirely sure what he was trying to say here.

Why not just “…end the practice of murdering our unborn children in Texas,” PERIOD?

Why add “as a means of birth control?”

I thought, “Maybe he didn’t mean anything by it.” But then I kept reading.

He does use the word murder to describe abortion, which is absolutely true. Abortion is murder. Babies in the womb are unquestionably innocent human beings and, of course, premeditatedly killing them is murder. It’s not complicated. To call abortion murder is simply treating the preborn like they are human beings like the rest of us. That’s great.

BUT after calling abortion murder, he goes on to say that he doesn’t think murder should be used “as a means of birth control.”

What? I mean, really, what?

Is he implying that murder as a means for something else is okay?

Since when did it become okay to advocate murder as an allowable means for anything? Think about that. Say it with me, “Murder is a justifiable means for … “

There is no good way to end that sentence. None.

But Allen West then explains when he thinks murder IS a justifiable means.

Allen West fills in that blank by implicitly listing rape and incest as exceptions where murder is justified.

He says, “This may anger some, but there are instances where neither you, nor I, nor the government should be involved when a woman has to make a very difficult choice. Those choices are when her body has been criminally violated, or when it is her life at stake.”

Those exceptions allow a death penalty for innocent children. We should ask West if he thinks it magically becomes not murder simply because the child’s father was a violent criminal.

When a woman is raped, it is evil. But the rapist is the one who should be punished, not the innocent child. It is astonishing that we are even having a conversation about whether killing children for the crimes of their fathers is okay. How does that qualify as pro-life?

This issue wouldn’t be difficult to understand if it were a born person’s life on the line.

Friend, if you wonder why I ask if Allen West is pro-choice, just listen to his vocabulary. He says that, “neither you, nor I, nor the government should be involved when a woman has to make a very difficult choice. Those choices are. . .”

Did he get that straight out of the pro-choice playbook? When did people running on a pro-life platform start talking about murdering children as a choice?

Murdering babies isn’t a “choice.” These are human beings created in the image of God with every bit as much right to life as you and I have.

Of course he narrows the window for murder down to his list of exceptions. But murder is still murder isn’t it?

He goes on to say that, “Murdering our unborn children in Texas by the brutal means of dismemberment must end.” And here we go again! Is it the murdering that he is opposed to or the brutal method used to do it? I’m not sure I can tell.

I would think we could make laws that protect people from murder no matter what method the murderer might choose to do the job. Oh wait, we already have laws against murder! We just currently make exceptions so that preborn babies don’t get the protection of those laws.

That is why we are having this conversation right now. Our laws against murder don’t protect all human beings. That is why politicians can make statements like this and think they can get away with it! Preborn children have been devalued and dehumanized to the point that even conservative politicians talk openly about when it is justifiable to make the choice to murder them.

They call this being pro-life with exceptions. That shouldn’t be an option in Texas. When talking about murdering preborn children, if you think that women should have a right to choose, you could just as easily be called pro-choice with exceptions.

Whether you want to call it pro-life with exceptions or pro-choice with exceptions isn’t really the point. The point is that this double-minded position is not an option even according to the platform of the Republican Party of Texas (RPT).

“Since life begins at conception, we urge the Texas Legislature to abolish abortion through enacting legislation that would immediately secure the rights to life and would ignore or refuse to enforce any and all federal statutes, regulations, orders, and court rulings that would deny these rights.” (Plank 325)

The RPT principles and priorities don’t use any language about choices or difficult decisions either. They say the RPT, “believe[s] in the sanctity of innocent human life, created in the image of God, which should be equally protected from fertilization to natural death.”

And they call on the Legislature to, “Abolish abortion by ensuring the right to life and equal protection of the laws to all preborn children from the moment of fertilization.”

He was the chairman of the Republican Party of Texas, but according to his campaign website, West’s priorities don’t reflect the priorities of the party very well.

Priorities that make exceptions for murder shouldn’t get a pass from those of us who are fighting for life in Texas. If those of us on the grassroots level don’t care whether the candidates make God’s standards their priorities or even stick to the priorities of their own party, then it is all just words.

You can call it pro-life or you can call it pro-choice, but the result is the same: innocent babies aren’t protected and the image of God is desecrated each time an innocent image bearer is murdered. Please take a minute now to use your voice and send a message to Allen West.

Thank you for helping us do the grassroots work of fighting for life in Texas!

P.S. Don’t pass up this opportunity to be a voice for the voiceless. Contact Allen West today and ask him why he wants to leave some babies in this state without protection.