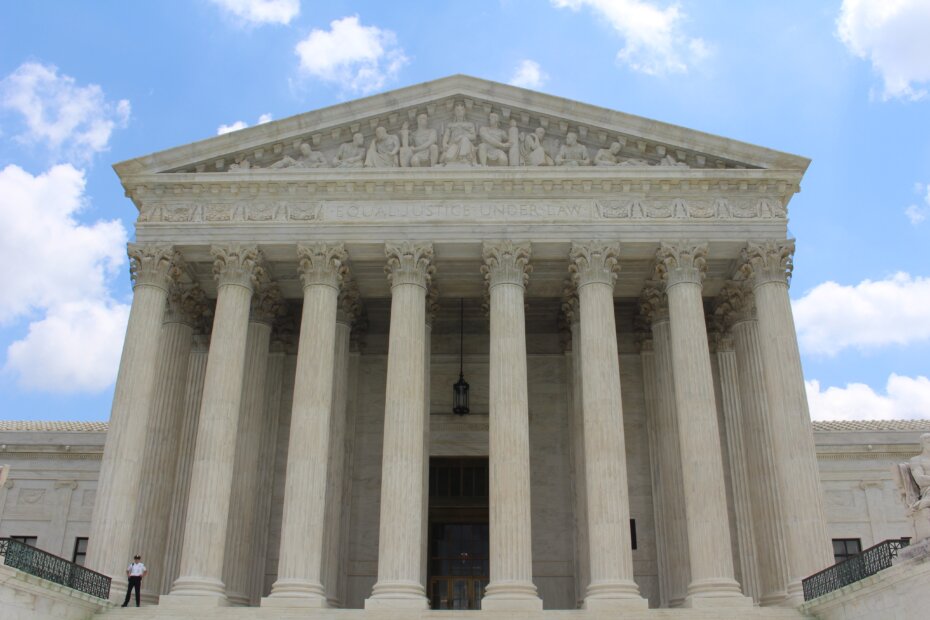 You’re hearing a lot right now about the presidential election.

Both of those things are important, but I think something else is even more important—actually, two things.

You see, for a significant majority of the last 47 years since Roe v. Wade, the presidency has been held by a Republican.

On top of that, the Supreme Court in 1973 was dominated by justices appointed by Republican presidents, and it has been ever since.

Since 1973, the Supreme Court has NEVER had a majority of Democrat-appointees.

In fact, in 1992, the Supreme Court was held by EIGHT Republican-appointed justices. . .

. . .And the only Democrat-appointee left was pro-life and had voted against Roe in 1973!

Yet in 1992, and during every year before, and every year since, the Supreme Court upheld and reaffirmed a “right” to murder a child in the womb of his or her mother.

Today, the ONLY sitting justice who has ever publicly indicated he would vote to overturn Roe v. Wade is Justice Clarence Thomas; and what Justice Barrett would do remains to be seen.

So while I agree that the presidency and the court are important, you’ll please forgive me for not putting much hope in them to abolish abortion in our country, at least not without two things being true that I believe are even more important.

First, the states need to demonstrate a willingness to stand on the U.S. Constitution.

Most Republicans agree that we want the Supreme Court to overturn the Roe v. Wade opinion because it is unconstitutional.

But if it’s unconstitutional, then why are states following Roe now?

If Roe is unconstitutional and should be overturned, then it is not the supreme law of the land, which means states are not bound by it.

If Roe is unconstitutional, then it has no authority over our state leaders who swore an oath—so help them God—to the text of a written constitution, not to the arbitrary whim of 5+ justices.

Of course, Roe is unconstitutional, and Republicans have said as much, but our actions speak much louder.

Every year that goes by in which people and states treat Roe as law, WE are guilty of re-affirming its constitutionality.

If we want the Supreme Court to stop treating Roe v. Wade as binding, then we, the people through the states, must do so first.

And if the states do begin to treat Roe as a legal nullity—to, as we say, Ignore Roe—then the federal courts will be led and even compelled to do so as well.

What I believe is most likely to prompt the Supreme Court to overturn Roe would be the states threatening to ignore it if the court did not.

Roe v. Wade is NOT the law of the land.

We need to start saying that more.

More importantly, we need to start acting like it.

Secondly, and above all other “strategies,” we need to repent and turn to God to save us.

As Romans 1 tells us, when we deny God, dishonor Him, are ungrateful to Him, and sin against Him, a big way He judges us by giving us over to commit more numerous and egregious sins.

So across this country, we need to turn away from all sin, including the sin of abortion.

The answer to defeating this evil in our land is not to trust in chariots or horses, princes or presidents—though God can use those things.

The answer is to put our trust in God.

“It is better to trust in the Lord than to put confidence in princes.” — Psalm 118:9

And we must repent of our own sins—all of them.

“When I shut up heaven and there is no rain, or command the locusts to devour the land, or send pestilence among My people, if My people who are called by My name will humble themselves, and pray and seek My face, and turn from their wicked ways, then I will hear from heaven, and will forgive their sin and heal their land.” — 2 Chronicles 7:13-14

Have you had an abortion or assisted someone with one?

Have you ignored the evil in our land and gone on about your business?

Have you failed to call our civil leaders to do their duty before God to be His ministers of justice upon those who slay the innocent?

Have you some other secret sin in your life of which you refuse to repent?

As Martin Luther said in #1 of the 95 Theses, which he nailed to the door of the church building, “When our Lord and Master Jesus Christ said, ‘Repent’ (Mt 4:17), He willed the entire life of believers to be one of repentance.”

Repentance is the answer, and God is faithful to forgive.

But until we have true repentance. . .

. . .And until we stop affirming by our actions (and indifference), the evil and unconstitutional opinion of Roe v. Wade, I have very little hope in the President or Supreme Court saving us from it.

So yes, please vote in the upcoming elections because they are important.

And please do not neglect state and local races.

If we have a Republican president but state and local leaders continue to bow down to Roe v. Wade, the last 47 years of history teaches us to expect another 47+ years of innocent blood shed in our land.

So vote your conscience for those who will fulfill their oaths and duties.

But even voting is not enough.

Where appropriate, we must repent for our own sins, including our own apathy (and we all have something to repent of in this department).

Then, we must call upon our state leaders to do their duty under our state constitution and under the Constitution of the United States to provide equal protection to preborn babies—so help them God—whether the Supreme Court agrees or not.

By the grace of God, that is what we at Abolish Abortion Texas are going to continue to do, whatever the outcomes of the elections next month.

If you share that vision, please become a Sustaining Member today if you are not already.

Becoming a Sustaining Member is fast and easy. It’s a convenient way to support the cause of ending abortion.

But whatever you can do, please take action right away! We need your help in the days and months ahead.

For the glory of God,