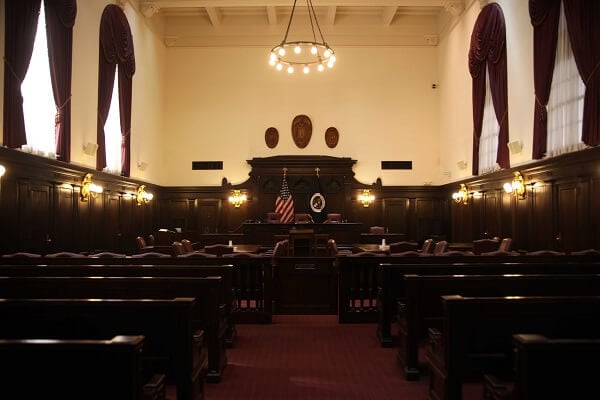 Something happened last week that every pro-life American should stop and think about.

This is a big deal because the Fifth Circuit is widely considered the most conservative in the nation.

It is also the same court which rules over Texas.

The Texas attorney general’s office even filed a brief in this case, as did 24 other states.

And yet, all three judges ruling on the case decided unanimously to overturn the 15-week abortion ban passed by Mississippi’s lawmakers.

Of course, this is one more of a long string of pro-abortion decisions from the federal courts for the last 46 years, starting with Roe v. Wade.

They consistently rule against any attempt to ban abortion.

Those who support the right to life are consistently left with next to nothing.

Yet sadly, this is something the leaders of the pro-life lobby, even here in Texas, still refuse to admit.

The federal courts are not the solution to the problem….

They are the problem.

The Fifth Circuit judges told us why they were unanimously striking down the 15-week ban.

They said that the Supreme Court only allows states to regulate abortions, not ban them.

See for yourself; here is a quote from the opening paragraph of the opinion:

“In an unbroken line dating to Roe v. Wade, the Supreme Court’s abortion cases have established (and affirmed, and re-affirmed) a woman’s right to choose an abortion before viability. States may regulate abortion procedures prior to viability so long as they do not impose an undue burden on the woman’s right, but they may not ban abortions. The law at issue is a ban. Thus, we affirm the district court’s invalidation of the law….”

Because I never want anyone to forget it, can I please ask you to re-read that paragraph?

And remember, these are some of the most conservative judges in the country saying this.

For all of us who long to see the end of abortion, this is a serious wake-up call.

There are many things that need to be further discussed, understood, and acted upon to overturn the tyranny of Roe v. Wade.

But one thing is very simple and clear: the federal courts, including the Supreme Court, are not going to be the solution.

However, among many other problems with this strategy, IT’S SIMPLY NOT WORKING.

The most conservative appellate court in the country just ruled to strike down a 15-week ban, yet some leaders in the pro-life establishment are still telling us that we should pass an 8-week “heartbeat bill” ban because maybe that same court will uphold it.

Every heartbeat bill passed in the country has already been blocked by the federal courts.

Friend, we can pass all the regulations and limited bans in the world, but if the courts are just going to decide to strike them all down, and we’re just going to surrender to them when they do, then what are we really accomplishing, except that we are further legitimizing the judicial tyranny that we keep complaining about?

If we don’t like the beast, we should stop feeding it!

When we appease evil, we get more evil.

It’s time to start standing on the Constitution, trusting God, and demanding the total abolition of abortion without compromise.

That’s what AATX will continue doing in 2020, and I am so excited to have you standing and fighting alongside us.

For truth, for life, and for the glory of God,

The Fifth is widely considered the most conservative federal circuit. And they have, again, confirmed that the federal courts will strike down EVERY attempt to limit abortion in any meaningful way.

The federal courts are not the answer to ending abortion in America. They are the problem.

This is why Abolish Abortion Texas is working with Representative Tony Tinderholt to end abortion in Texas, in accordance with both state and federal law.

Even Governor Greg Abbott has promised to take action here.

But it is up to you and I to hold him accountable to that pledge.

AATX is already working to bring ending abortion to the forefront in the vital 2020 elections.

Would you consider chipping in $5 or $10 to making this a reality?  The work has already begun.