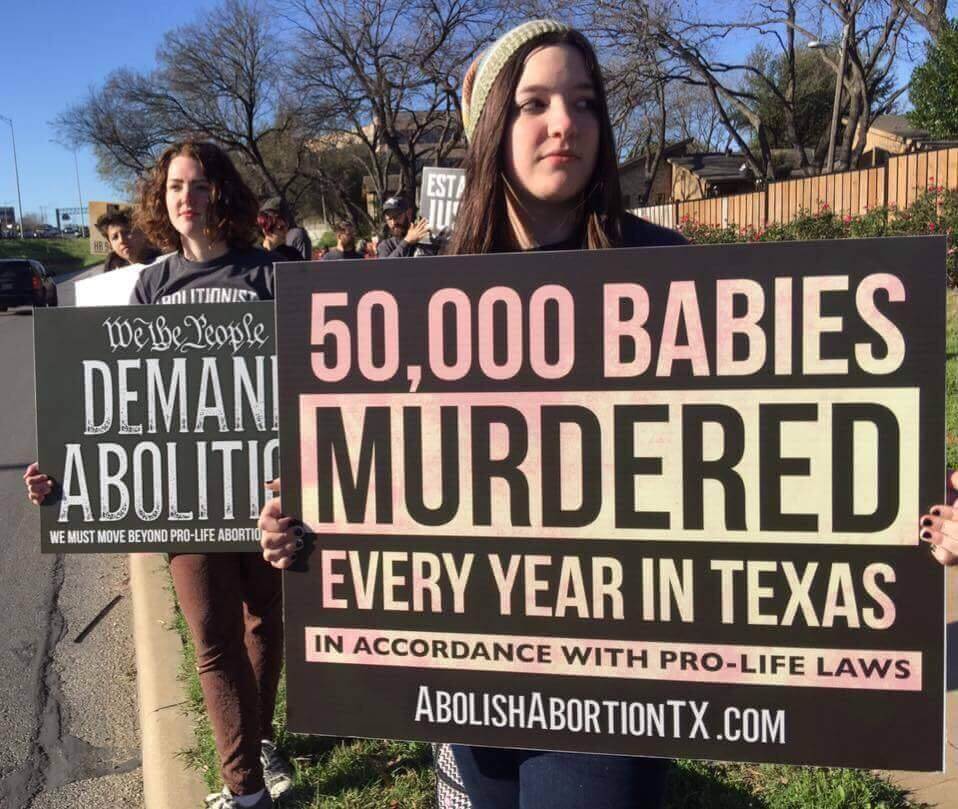 Some thoughts on HB3326 the Abolition of Abortion through Equal Protection for all unborn children act filed by Rep. Bryan Slaton. 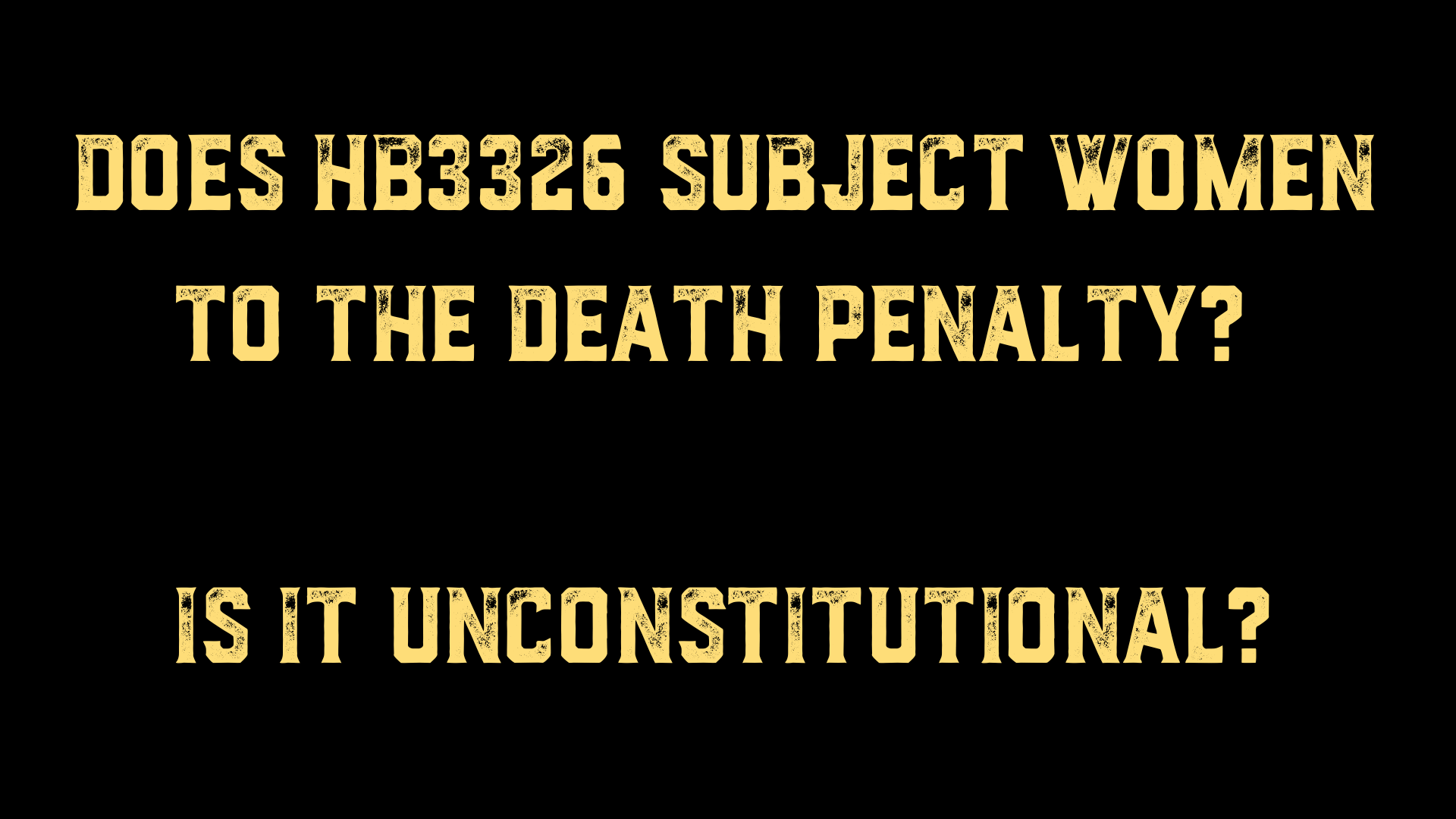 The two big objections we have heard this session were really just the same objections we always hear to abolition. And the objections are made by pro-life politicians and their supporters.

Both objections are false. But that doesn’t stop politicians or their supporters from repeating the falsehoods.

No. HB3326 targets only unborn children. It targets them for protection by the same justice system that protects you, the reader of this paragraph.

If your objection is that a mother would be held responsible for the murder of her child, then you have an issue not with HB3326 but with the preexisting Texas laws which classify the murdering of one’s own children as homicide and applies sanctions to those acts of violence.

If you object to those homicide laws, first: what on earth? Why???

Protections for me but not for thee! Your born privilege is showing.

It is the only bill that would STOP the murder of approximately 28,000 females being butchered every year in Texas.

No. The US Constitution requires that states provide equal protection for all persons, which Texas currently does not do. HB3326 calls upon Texas to follow the constitution.

What politicians mean by this objection is that they’re not willing to hold the federal courts to what the constitution says: equal protection of all persons. But I can guarantee your Republican politicians will talk about how constitutional they are next election season. You must remember their actions and hold them accountable.

The real reasons they oppose abolition

Ultimately, abolition (HB3326) is rejected because politicians are unwilling to follow the constitution and are unwilling to treat unborn persons as humans who are worthy of protection. They prefer to pass pro-life legislation which complies with the supreme Court’s unconstitutional edicts in Roe vs Wade. In so doing their actions and their pro-life bills undermine the humanity of the unborn and reenforce the unconstitutional unlimited judicial supremacy of the supreme Court. Both of these things are exactly the opposite of what your politicians will claim to have done come election time.

Why are they unwilling to stand on the constitution?

The Kabuki Theater of pro-life laws

Politicians are in a tough spot. No matter what they do, someone will be angry with them. This can influence them in a perverse manner. Often, you’ll find them seeking to look like they’re doing something while not doing anything that makes a real lasting change.

That’s how it’s playing out in the Texas house, senate, and governor’s office this session and last and prior sessions. (If you’re not from Texas, it’s probably also playing out in your state government that way as well.)

Act 1:
Get elected by saying you believe in ending abortion and the authority of the constitution.

Act 2:
Abdicate state authority to the edicts of the supreme Court.

Act 3:
Pass bills which purport to comply with the supreme Court’s unconstitutional edicts, but which the federal courts will ultimately object to and strike down anyway.

Act 5:
Raise funding for reelection based on how pro-life you are for passing bills which aren’t in effect and have saved no one.

This is what we see in legislation like the heartbeat bill or PreNDA. It is certainly popular and certainly will gain the politicians many pro-life accolades. But when it’s struck down by the federal courts later this year or next, Texas will back down. They always do. Because they’re not willing to stand on the constitutional authority the state has in this matter. But the accolades will not be rescinded.

Don’t take my word for it, ask an abortion clinic in a state like Alabama where a heartbeat bill is currently offering “full protection”. That’s what Cheryl Cali–pastor’s wife and abolitionist–did. She posted a video last week on her own channel where she called an abortion clinic in all the states that are supposedly under the “full protection” of a heartbeat bill. She graciously allowed us to repost the video to share here.

Until the Texas government is willing to stand on the authority of the constitution, no real meaningful change will be seen on the issue of abortion.

We must demand our government officials stand on the authority of the constitution. And if they refuse to do so, we need to find someone who will.

For liberty and justice for all,

For a more thorough treatment of the ideas behind equal protection, please see Bradley Pierce’s excellent presentation Abolition, Equal Protection and The Constitution.