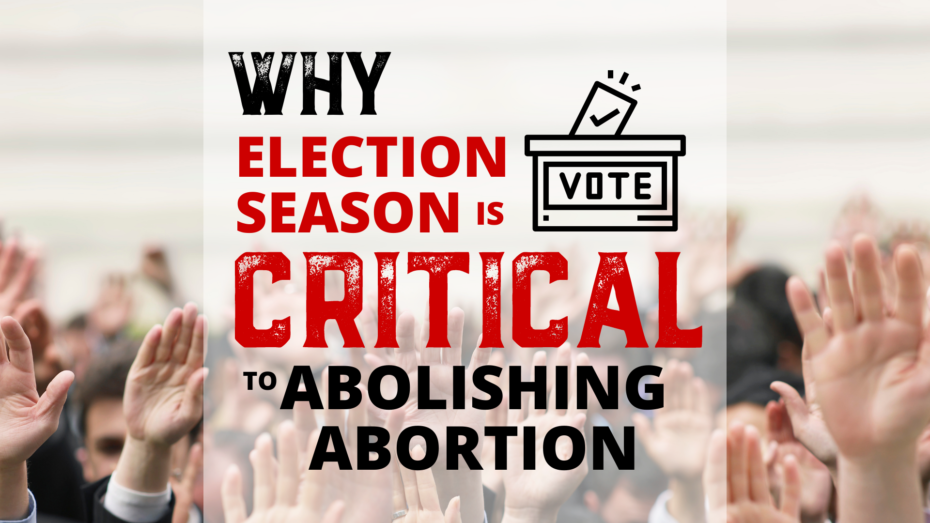 But after 49 years of state submission to Roe and political compromise with the murder of babies, a dramatic shift is what we need.

The more than 63 million lives that have been lost while so-called Pro-Life politicians assure us that they believe in the sanctity of life, bear witness that often those words don’t mean much.

I hope you agree that this needs to change starting NOW.

Not tomorrow. Not next week. Not after we get the right president in the White House and a few more of our nominees on the Supreme Court. The change I am talking about needs to start TODAY in Texas.

As Americans we have the privilege of taking part in the government of our state and nation. But the political culture, full of slick words and broken promises, certainly makes it easy to understand why many people disengage from politics.

That’s why AATX is committed to shaking up the political conversation in Texas so that every politician has to say what they mean and mean what they say when it comes to abortion.

Our ultimate goal during election season is to make the abolition of abortion a central issue of the election season so that every single candidate has to answer for where they stand on this issue. Silence cannot be an option. We want to create a political culture where they have to talk about it.

We intend to get candidates on record with what they promise to DO about abortion, and then keep you informed about whether they keep those promises.

Election season is the greatest opportunity we have to mobilize Texans who want abortion abolished to help us change the political climate in Texas.

Let me explain why…

This time of year is when voters and candidates are engaged and receptive, which makes it a key time to mobilize Texans to demand candidates promise to support abolition and to get those candidates on record.

That’s why we send the AATX Candidate Survey, to candidates for many statewide offices including Governor, Lt. Governor, and Attorney General, as well as the Texas Senate and House.

This survey is critical to get them on record so we can find government officials who will stand with us to abolish abortion and hold accountable the ones who break their promises or refuse to be open about where they stand.

For example, in 2020, then-candidate now-Representative Bryan Slaton answered our survey 100% positive. We let his constituents know what he promised, and later on he did the right thing and stood up and actually authored HB 3326 to abolish abortion in Texas.

On the other hand, Rep. Lacey Hull, then a candidate, who also answered our survey and pledged to coauthor an abolition bill ended up refusing to follow through when the time came. Even when we met with her personally to remind her of her pledge, she refused to step up and keep her promise.

Guess what? We let Rep. Hull’s constituents know what she did too.

That’s why the AATX Candidate Survey is so important.

Without these surveys and the accountability they provide, most people would be in the dark on what their candidates are really doing.

Honestly, that’s the way some candidates would like to keep it, especially if they are the kind of candidates that break their promises.

Informed constituents change the playing field for candidates like that.

The problem is that it costs money to reach the people we need to reach.

Help us get candidates on record and hold them accountable!
CLICK to Donate NOW

I am grateful for people like you who are already reading this content and eager to stay informed in the fight for equal protection and abolishing abortion in Texas.

But there are a LOT of people across this state who we haven’t reached at all yet. We need to get important information about candidates to Texans in their districts.

That means running social media ads, doing phone calls, and sending mailers to key districts–by the tens of thousands. Those things all cost money but they are CRITICAL to reaching pro-life voters who need to know what is really going on.

Would it surprise you to know that the most effective way to reach voters is still through the mail?

Social media giants can restrict and censor our online content but when we send mailers into a district we get our message directly into the hands of the people who need to see it. We can talk directly to voters about their candidates, UNCENSORED!

I would say that that opportunity is priceless, but sending mailers is actually very expensive!

There is a reason you get so many political mailers this time of year. It works!

We need YOU to partner with us during this key time to help us reach the pro-life masses in Texas who don’t understand what is really going on when it comes to abolishing abortion.

You can help us break through the censorship when it counts!
CLICK to Donate NOW

Like I said, shifting the political culture isn’t easy, but there are thousands of people in Texas like you and me who want to honor God and follow the Constitution by abolishing abortion immediately.

You can help us reach those people when you chip in $15, $25, or even $50 or more to help us mobilize at this critical time!

Thank you for standing with us in this fight.