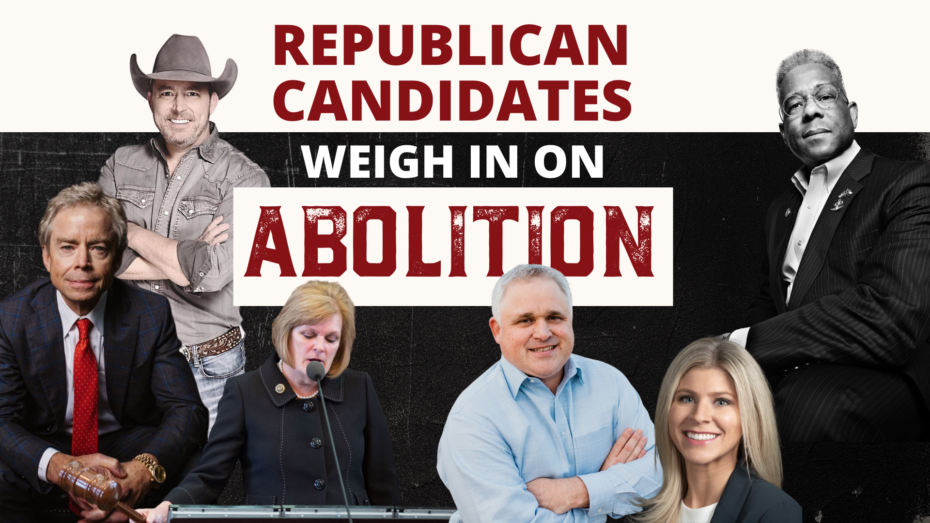 We keep telling you that the conversation on abortion in Texas is changing.

Just in the last two weeks, we have seen Rep. Bryan Slaton (HD 2) promise to refile our bill to abolish abortion in the next session, and three candidates in the Governor’s race publicly pledge their support!

I pledge to re-file my bill to completely abolish abortion in Texas in the next legislative session, and to fight at every opportunity to see this implemented into law.

The laws of God and nature are clear: life begins at conception. It’s time we start acting like it #txlege pic.twitter.com/cJ8EORaKZX

Thank you Bryan! This will be one of my legislative priorities as Governor. The Texas Legislature will not leave Austin without passing this bill.

We must abolish abortion in Texas. https://t.co/iG62y4isMk

That is great news and shows how far the work to abolish abortion in Texas has come.

While in the governor’s race only Huffines and West returned their AATX Candidate Surveys, (though West has made troubling statements in the past), it is still tremendous progress that candidates for the highest office in the state want voters to know where they stand on abolishing abortion.

In fact, Huffines’ unequivocal statement letting us know that when it comes to abolishing abortion, his legislative priority would match the legislative priority of Texas Republicans indicates that there has been a big change in Texas politics on the issue of abortion.

We now have candidates for the highest office in the state who are unashamed to call for equal protection for preborn babies.

In addition to the hubbub in the Governor’s race over equal protection, the thousands of mailers we sent holding incumbent legislators Stephanie Klick (HD 91) and Lacy Hull (HD 138) accountable for their anti-abolition actions, stirred up the conversation as well.

Because of those mailers, some politicians came out publicly to OPPOSE equal protection.

This is obviously just politicians trying to protect their politician buddies.

Just like the rest of us do, these politicians probably appreciate the fact that Texas laws against homicide protect them.

Those are questions they should have to answer.

The good news is that abortion and equal protection is becoming an issue that can’t be ignored or equivocated on in political races across the state. Texas Republicans are no longer happy with merely “pro-life” words from their candidates — they want to see action.

This is reflected in the official Platform, Principles, and Legislative Priorities of the Republican Party of Texas.

Because people like you and me have decided that we are done compromising with the murderous practice of abortion and are demanding Constitutional equal protection for our preborn neighbors, candidates are no longer able to sit on the fence.

That is exactly what we want — clear lines on equal protection for defenseless preborn children.

All we want to know is who is going to honor God’s command to practice the Golden Rule?

Who is going to do unto preborn babies what they would want done for themselves?

Who is going to honor the oath they swear when they take office to uphold the Constitution?

The Constitution says: “No state shall deny to any person the equal protection of the laws.”

Politicians who oppose equal protection for babies before birth either don’t really believe that a fetus is a person, made in the image of God, or they are okay with violating the Constitution.

The same laws protecting preschool children and any other born person from being murdered should also protect preborn children from the same thing.

We are glad to see that candidates in Texas are talking about this issue and telling us where they stand.

Thank you for making your voice heard and helping us change the conversation in Texas!

Now is the time to help us do the CRITICAL work of getting candidates on record with their views on abolishing abortion and hold them accountable. Whether you can chip in $5 or $500, every dollar helps us keep people like you informed on where the candidates stand.