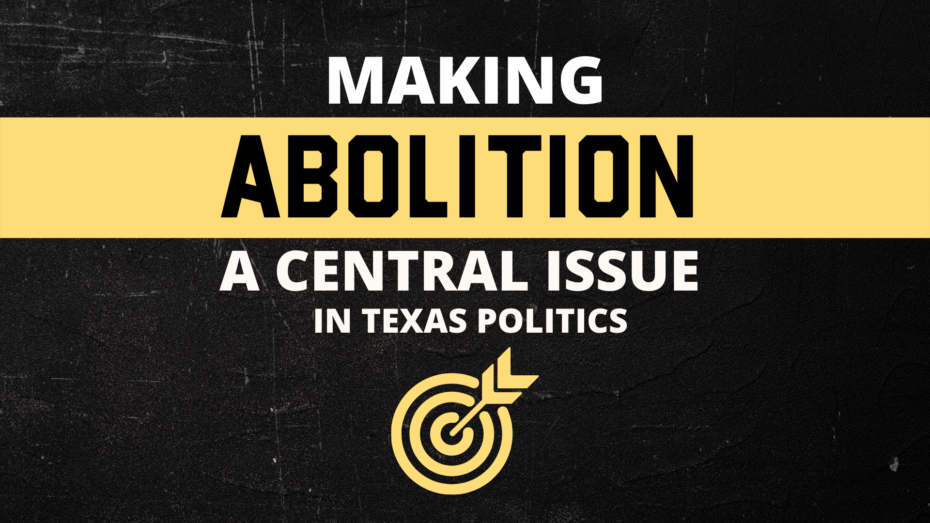 In politics, it’s easy to lose track of what’s really going on.

I get it. It’s hard to understand what’s really happening in Austin and around the state when almost nobody will say what they mean and mean what they say. On top of that, so much goes on behind closed doors that the full story is rarely obvious.

Everyone, including the media, has their own angle. And every angle has its own spin.

That’s why AATX is dedicated to bringing transparency and accountability into Texas politics on the issue of ending abortion. And praise God, we have seen some very good results from our efforts!

We have put a lot of work into shining a spotlight for the complete abolition of abortion in Texas because there are few if any issues as important in our government.

We are commanded by God to love our neighbors as ourselves. We are supposed to do unto others what we would want others to do for us. It’s the Golden Rule.

Our preborn neighbors are being murdered every day in Texas under the protection of our laws. That really makes this issue pretty simple to understand.

Even so, people often want to muddy up the issue and make it seem way more complicated.

That’s why a few years ago AATX set out to make abolishing abortion a central issue in political races in Texas.

Moving Abolition to the Center of the Conversation

In 2022, Texas candidates have been talking about abolition and equal protection in races across the state. Whether they are running for a seat in the House or for the Governor’s office, they are making statements about the abolition of abortion because voters want to know where they stand.

This kind of progress didn’t happen by accident. It has taken a lot of hard work.

Because so many politicians say one thing while they are campaigning and then do something else when they get into office, we knew that there needed to be some accountability for candidates who call themselves Pro-Life.

We need to know what they really stand for.

So starting in 2020, we sent out the first AATX Candidate Survey to candidates leading up to the Republican primaries and General Election.

Our survey asks candidates to pledge their support for abolishing abortion immediately regardless of federal court opinions. It asks whether they support the Party Platform, Principles, and Legislative Priorites of the Republican Party of Texas on abolishing abortion. It asks if candidates will pledge to take a stand and sponsor legislation that would abolish abortion.

These questions should be easy for Republican candidates to answer, and some did.

In 2020, 25 candidates in the Republican primaries took the AATX Pledge and we saw some good fruit from those who did. For example, Bryan Slaton took the 2020 AATX pledge and when he took office he filed House Bill 3326, our bill to abolish abortion.

Because of our 2020 survey, we not only found an author for our bill of abolition, we were also able to hold candidates accountable.

Lacey Hull (HD 138) also took our 2020 pledge. But when the time came she refused to co-author HD 3326 as she had pledged to do. Because Hull was on the record, AATX was able to bring accountability by making sure that constituents in Hull’s district knew what she had done to betray Texas babies.

We targeted Hull’s district by sending ~8,000 mailers to make sure her constituents were informed on this issue. We also notified our growing list of email contacts in her district.

Taking the pledge doesn’t mean anything if we don’t hold people accountable…but we have demonstrated we are willing to do just that.

Getting candidates on the record is EXTREMELY important if we want to know where they really stand.

When we sent out our 2022 AATX Candidate Surveys, we got back significantly more responses than we did in 2020. Candidates are starting to understand that voters want to know where they stand on this issue.

78 Republican candidates responded to the 2022 survey before the initial primaries!

This means we are getting stronger as we work to make the abolition of abortion front and center in Texas politics!

We have sent out information in individual districts across the state so that voters can let candidates know where voters want them to stand.

The race in House District 91 has been particularly heated since AATX exposed Republican incumbent and committee chair, Stephanie Klick, for killing the bill to abolish abortion. We made sure voters in her district knew what she did by sending ~8,000 mailers to her constituents as well as phone calls and emails into her district.

As a result, Klick and abolitionist candidate David Lowe are headed to a runoff in which abolition is one of the central issues!

By the grace of God, abolition is definitely making progress in Texas.

We are committed to keeping you informed as abolition continues to change the political conversation. But this work can’t be done overnight. It has to be done over the long-haul. During every election season, we need to be getting candidates on the record. And after elections we need to be encouraging those who keep their pledges and holding accountable any who break them.

This work is CRITICAL to moving abolition forward in Texas, but it isn’t free. It takes a lot of time and money to send surveys, collect results, and get the word out to millions of Texans with mailers, phone calls, emails, and more.

So if you’re not already, we need you to invest in the abolition of abortion in Texas by becoming a Sustaining Member and pledge your most generous monthly donation.

Your monthly donation of $25, $50, $75 or more will help us consistently be there to bring transparency and accountability in our state capitol and across the state.

Thank you for standing with us in this fight!